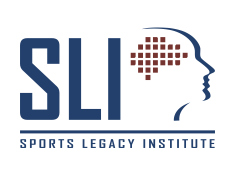 Westport Police Athletic League (PAL) Youth Sports Director Carmen Roda’s primary goal has been to make youth sports “the best and safest experience for the kids.” With new information showing the concussion problem requires new thinking and strategies for youth sports programs, Roda turned to the non-profit Sports Legacy Institute (SLI) in 2007 to provide the training and guidance that would make Westport PAL arguably the most concussion-safe program in the country.

In 2007, Westport PAL had 30 concussions in practice and games out of nearly 250 football players.

By instituting what they call the “Westport Way,” by 2011 Westport PAL had cut their diagnosed concussions in football by 70%, reduced brain trauma exposure by 50%, and increased enrollment in football and all sports. The case study below explains how Westport PAL and SLI were able to achieve this unprecedented success.

SLI is a 501(c)(3) non-profit organization founded in June 2007 by concussion expert Dr. Robert Cantu, MD, and former Harvard football player and author of Head Games: Football’s Concussion Crisis, Chris Nowinski in reaction to new medical research revealing that concussions and brain trauma in sports had become a public health crisis.  In 2008, SLI partnered with Boston University School of Medicine to form the Center for the Study of Traumatic Encephalopathy (CSTE) (www.bu.edu/cste), which is dedicated to the study of Chronic Traumatic Encephalopathy (CTE), a progressive degenerative brain disease that appears to be linked to repetitive concussive and sub-concussive brain injuries and can cause loss of memory, depression and behavior change, and eventually can lead to dementia. The mission of the Sports Legacy Institute is to advance the study, treatment, and prevention of brain trauma in athletes and other at-risk groups.

The Westport PAL is a 503-c non-profit organization that sponsors several community based youth athletic programs. Currently, the Westport PAL sponsors Boys and Girls Basketball, Cheerleading, Boys and Girls Lacrosse, Tackle Football, Flag Football, Track and Wrestling, The total enrollment for all of these dynamic programs is 1,200 kids and comprised of about 1,000 Westport families.

Chris Nowinski was first contacted by Tom Barrecas, a Westport PAL Board of Director, at the time, who voiced his concern about the safety of his football league. Barreca introduced Roda to Chris’s book Head Games: Football’s Concussion Crisis. After reading the book, Roda expressed his desire to work closely with SLI to develop the safest youth sports program in the nation. Barrecas helped facilitate the first concussion education training session for all the head coaches in the Westport PAL Football Program.

After listening to the information Nowinski presented to the football coaches, Westport PAL knew they could be playing football much more safely and wanted the guidance of the experts to develop a plan and put it into action.

For the Westport PAL to be “the best and safest experience for the kids”, Roda knew he would need to make sure he had support from the coaches, parents, and supporters of the league to make the once considered ‘radical’ changes he wanted to make. Roda also knew that education and openness would be key in preventing and dealing with resistance. Once the parents, coaches, and supporters of the league learned what they don’t know about concussions, his efforts to change and improve the programs would explain themselves.

Westport PAL continued to sponsor SLI concussion education each fall and spring for the PAL, gradually expanding mandatory attendance from head coaches to all head and assistant coaches to include parents and eventually opening it up to the entire town and inviting surrounding communities in 2011. In seeing the success in Westport, the Fairfield County Football League (FCFL) developed a police that all coaches must attend this training annually. Through education, people realized the magnitude of the concussion issue and that everything the League was implementing was directly benefitting the health and safety of the children enrolled in the program.

Westport PAL wanted to develop their staff to be the best possible coaches for people’s most prized possessions, their children. Westport PAL set the foundation for coaches and parents to form a partnership. Roda wanted parents and coaches to realize they are all working together to make youth sports the best and safest experience for the young athletes. Making sure everyone was on the same page was a very important first step in bringing SLI to the Westport PAL to offer their consulting services.

2010 On the Field Changes and Results

The greatest opportunity a football coach has to reduce concussions is by reducing hits in practice. It’s often the most difficult to implement, as historically coaches has associated hitting in practice with proper preparation, toughness, and winning. The reality, however, is that all those things can be accomplished with dramatically fewer repetitions of drills that create brain trauma. The benefit of less hitting in practice goes beyond concussions; research is showing subconcussive trauma (hits that don’t cause any symptoms) may also damage the brain and impair function.

Prior to 2010, players were dressed in full pads everyday and would be participating in scrimmages for a portion of every practice. After SLI’s training, Roda knew he could achieve the same success on the playing fields with less force and trauma to the athletes’ heads by focusing on technique, strategy and tactics. To reduce the number of hits the athletes were experiencing in practice, he started working with his coaches to utilize bags more often and decrease the number and extent of full contact practices.

Roda received immediate criticism that the program would not be able to achieve the typical high level of success they typically see because of the changes in format and structure of the practices. By the end of the season, when the team was playing in the championship game, coaches, parents, and supporters had officially been convinced that teams can be equally successful with less full contact practices. Overall, the players were having more fun thanks to the support and teamwork by the coaches.

Concussions were reduced by an impressive 50%, which is even more impressive considering Westport PAL had added an athletic trainer, who with all else being equal should have been diagnosed more concussions.

2011 On the Field Changes and Results

With buy-in from the coaches and the learnings experienced in 2010, the following season practice structures included even less contact. In 2011, the Westport PAL Football teams practiced under a new tackling system that was based solely on technique. By focusing on mechanics at half-speed, without pads, athletes were still able to learn to tackle safely without suffering repeated blows to the head. For every six hours of practice, approximately two of them are spent on tackling and with the focus on technique and strategy. When it came to game time, they had not missed a beat, and Westport PAL continued to find their way to the top of standings.

As the community began to hear about the implementations Westport was making in order to create the safest league possible, enrollment numbers increased. By keeping parents, coaches, trainers, and all parties involved with the league informed and involved from the start, they built strong relationships with the common goal of keeping the children safe. Thanks to the coaches presenting these changes in a supportive, positive, energetic manner, the children are also having more fun with the new practice structure and drills. The response from the children, coaches and parents has been tremendously positive.

Westport PAL has become a leader in the community, developing a model for great success of their youth athletes in a very safe environment. Over the course of the last two years, by inviting surrounding communities and other athletic leagues to join them for concussion education and to watch practices first hand, Westport PAL has made athletes in other programs safer and earned the respect of their colleagues.

The success of the partnership SLI and Westport have developed has garnered recognition from the media. Dr. Sanjay Gupta of CNN has recently traveled to Westport to and promoted the Westport Way as the future of youth football.