Guardian Caps are being used on middle school and elementary students as young as third graders who playing tackle football in my area. Now Guardian only began shipping product in the Spring 2012, and so there is only one year of experience using these caps on high school age students. Before research is even begun on a large scale to test what effect this cap has on high school players, the product is now being worn on more vulnerable brains and smaller bodies of kids as young as third grade.

I wonder how these parents would feel if they were at an amusement park and their  8 year old child was offered an unproven safety device to wear on a roller coaster. They would be assured that other kids said the device felt good when they used it, but there was no scientific research that stated the device definitely worked or whether it caused any harm. Would parents agree to try an unproven safety device to see if it helped? And what about using their child as a test case? I believe it is rather frowned on to experiment with children as subjects. 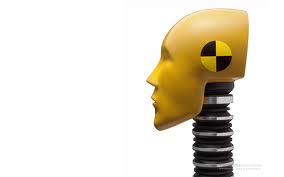 the cap weighs less than 7 oz.

What is the Guardian Cap?

From an mail from Mike Oliver, Executive Director and General Counsel of NOCSAE, to me on this topic:

“There is another potential confounder to the question and debate regarding the addition of things to helmets, whether external or internal, and that is the significance of the increase in total helmet weight, particularly with regard to youth football players.  NOCSAE has been working diligently to identify effective criteria that would allow us to create a football helmet standard unique to the youth player, and even with the best objective experts in the country, the only near consensus we have been able to develop is that there should be a limit to the mass of a helmet worn by young football players outside of scholastic or academic based programs such as middle school, junior high or high school regulated by the various state athletic activities associations.

From an investigation recently concluded by our technical director, we know that the average weight for a youth football helmet with face mask is 1600 grams or 56 ounces, and can be as light as 38 ounces.  Any item or combination of items weighing 6 ounces and added to a youth helmet can increase the mass by almost 20%.  If someone wants to sell a product that can add as much as 20% to the weight of a helmet for a youth player, they should be required to demonstrate with peer reviewed science that such added weight increases the level of protection in a measurable way AND does not increase the risk of injury. ”