*Not a reason to not play the game, but THE reason to be an educated parent, player, coach and school.

About halfway through the fourth quarter in Saturday’s 60-6 loss to Arizona Lutheran Academy, Charles Youvella fell hard on his head. He eventually collapsed a couple of plays later. He died Monday at the hospital of a traumatic brain injury, reported the Arizona Interscholastic Association. And so another face add to the 2013 collection of dead boys from head injuries from football (see below).

Could he have died from a head injury while skateboarding?

Could he have died from a head injury while texting & driving?

Could he have died falling, while on drugs, climbing to spray paint his tag on a highway bridge?

Yes, Charles Youvella (pictured with his little brother) could have died doing a number of risky things that teenage boys can chose to do in their free time.  The question is, was he more at risk playing football than partaking in other activities that night?

The best estimate is that 20-25% of youth concussions occur in organized sports. This leaves the other 80% of head injuries outside of organized sports, and not broken down by cause in any meaningful way to compare against playing football.

On the news video attached to the story of Charles Youvella, the football coach is interviewed and says, “There are a lot of unknowns. We, People, Everyone that I have talked to has never seen anything like this. So we don’t exactly know what happened. ”  http://www.abc15.com/dpp/news/region_northern_az/other/charles-youvella-update-hopi-high-football-player-dies-after-game-injury

The expression of sheer surprise  is echoed over and over again when a youth football player dies. HOW COULD THIS HAVE HAPPENED?!? A person can die a lot of ways –  driving a car, jumping out of a plane, cleaning a gun. Tragedy happens. But the utter surprise that football can be a cause of death in youth players is a sign we need to have more education for parents, and need to start now with the parents of elementary age children.

Could anything have been done (from what little we know about head injuries) to help Charles? From this report, it appears at first glance nothing could have been done (except not to play football).

The injury came during the fourth quarter, when Arizona Lutheran held a big lead.

On that play, Youvella caught the ball between two defenders and was tackled, but the senior wide receiver/running back then quickly got back up.

“It was a clean tackle,” Wallace said. “There was no helmet to helmet. But Charles came down on his back and his head and (there was) a whiplash affect. But Charles jumped up like he always does and gave the ball to the ref. There were no signs of dizziness or anything like that. If he doesn’t feel right, he’ll motion to the sidelines, but he didn’t (motion to the sidelines) on that play.”

Two plays later, with 7:28 remaining in the fourth quarter, Wallace spotted his son on the ground.

“He (Youvella) was trying to get back up,” Wallace said. “He was responsive and wanted to get up. He was asking me to get him up, but I wanted him to lay still. He was asking his coach to get him up. But we said, ‘Let’s check you out.’ I know my son, and you could tell something was wrong.”

Youvella was then taken to St. Joseph’s Hospital and Medical Center, where, with family members surrounding him, he passed away.  http://www.aia365.com/insiders/jgarcia/3719/youvella-s-father-son-was-larger-than-life

Would Charles have lived if he had not stayed in the game and instead was taken off the field after the hit to be checked?

Could a personal spotter (like those in the press boxes FOR EACH NFL PLAYER) have caught the whiplash movement and called the medical team right away?

Could Charles have raised his hand to be checked?

We don’t know if Charles was educated about concussion warning signs; but even with player education, is an impaired player with a brain injury capable to stop himself mid-game and seek help? How many high school teams even have personal spotters for players much less a medical team?

There is so much we don’t know. But what we do know is your child can die from head injuries playing football...THIS HAS HAPPENED BEFORE THIS YEAR FIVE TIMES. And how many more faces will it take for this reality to sink into the minds and hearts of football parents and coaches. 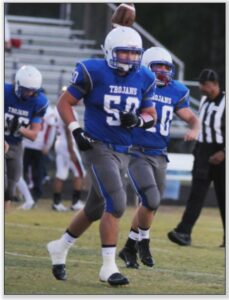 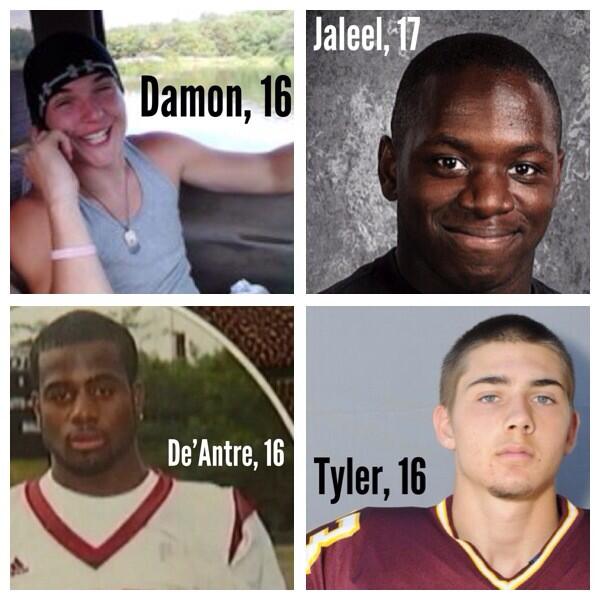