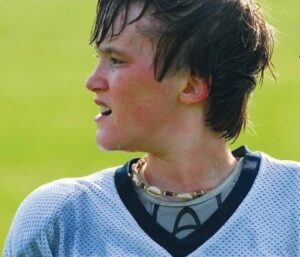 (This post is a letter I sent to the State of Connecticut’s Children’s Committee on March 6, 2014)

Why are our most vulnerable children by being coached by adults with the least knowledge of concussion?

Based on medical science and longer recovery rates for younger children, trained coaches are needed to coach elementary and middle school aged athletes. My sons suffered their first concussions on school grounds in 6th and 7th grade.

From my experience, many kids have their first concussion while they are middle school age playing youth sports, not in high school sports. These early mismanaged concussions set a poor framework for further concussions in high school. Connecticut needs to enact a law for all schools (all ages) to record head injuries to learn the scope of this issue and set policy based on sound data.

But there is solution available now that will turn this tide… Concussion education which is simple, effective and free.

In 8 minutes, here is the motivation, education and the tool YOU CAN USE to help any child or adult with a possible concussion.

I also want to share with you the article below where YET another state has a bill to address youth sport coach concussion issue. Connecticut has a choice to be with the leaders or the followers on this issue.

Please don’t let two years of work to enact youth sport concussion laws go to waste? We will be back next year and the year after until Connecticut protects its youngest and most vulnerable athletes.

The CDC coach’s training only takes 20 minutes. A brain injury can last a lifetime.

Please join the other states leading the way for children’s safety and enact youth sport concussion training for coaches.

Virginia Bill Could Require Youth Coaches to Get Training for Concussions

If a child gets a concussion while playing on a public school team, the coach has to pull the player from the game and he or she can’t come back until cleared by a doctor. But for recreational leagues, there are no guidelines. So, if a child suffers a brain injury while playing, there’s no set way to deal with it.

“There’s no reason kids should be more safe playing for school then they are playing for rec league,” said parent Wendy Etz.

The General Assembly is trying to change that. A new bill could require coaches to get training on concussions.

“I think it’s important for coaches to know, because they’re often the first line of defensive if you will,” said Anne McDonnell of the Brain Injury Association of Virginia.

McDonnell lobbied law makers in 2010 to change the rules for public schools, and she thinks it’s about time the same happens for rec leagues.

If the law passes, coaches will be trained to identify when a hard fall is something more serious—like a concussion.

“Well, obviously no one wants the children to be injured, and I think this would help people detect the injuries quicker and maybe prevent a long-term injury or disability,” said Robert Hodges of the Chesterfield Basketball League.

This means parents might have to pay more, but most of them say they wouldn’t mind.

“I played high school and college sports, so to make sure that they are safe, that’s going to be priority number one for me absolutely. Money wouldn’t be a problem,” said parent James Hargrove.

Lawmakers are still working on the bill. If both chambers agree, they’ll vote before session ends.