While the new CT State Law requires all districts provide a number for concussions diagnosed in their students, the Norwalk School Concussion Project is going a step further and shedding the light on the various types of sport and non-sport concussions across our K-12 schools.

For the next semester, I want to breakout gym class concussions from the sports tally, and look for causes in the “home, but non-sports” concussions, especially in the high school girls.

All of this is possible because of the efforts of the Norwalk school nurses and ATs to track these students, and I am so grateful for their efforts. 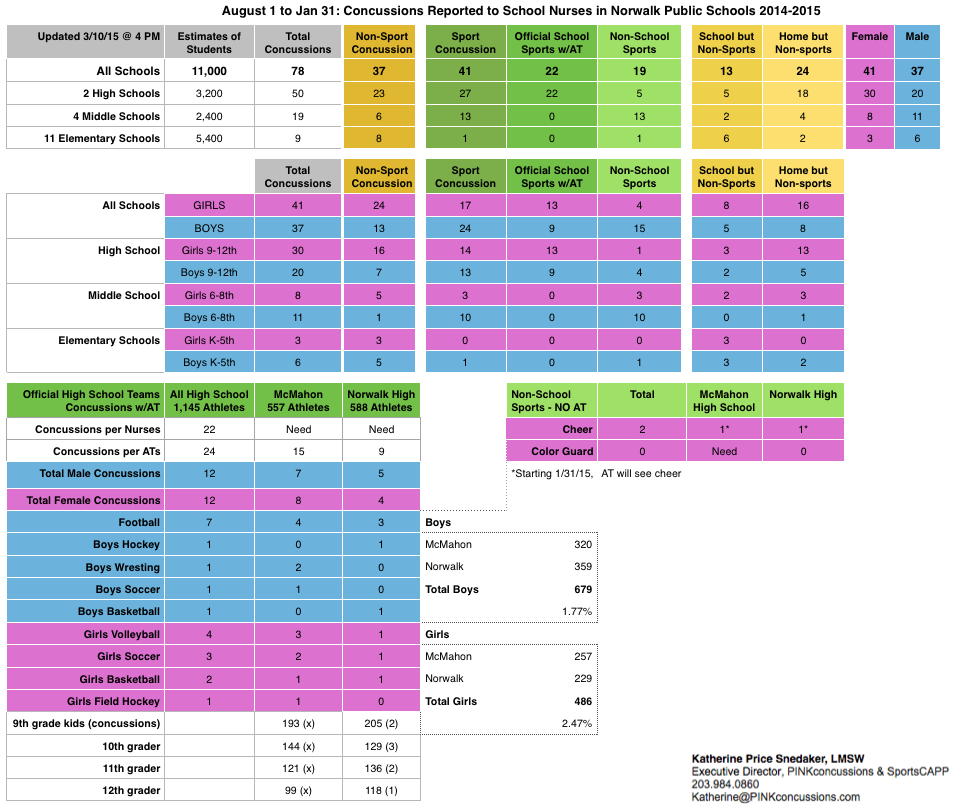